How Real is the Current Risk of Inflation? 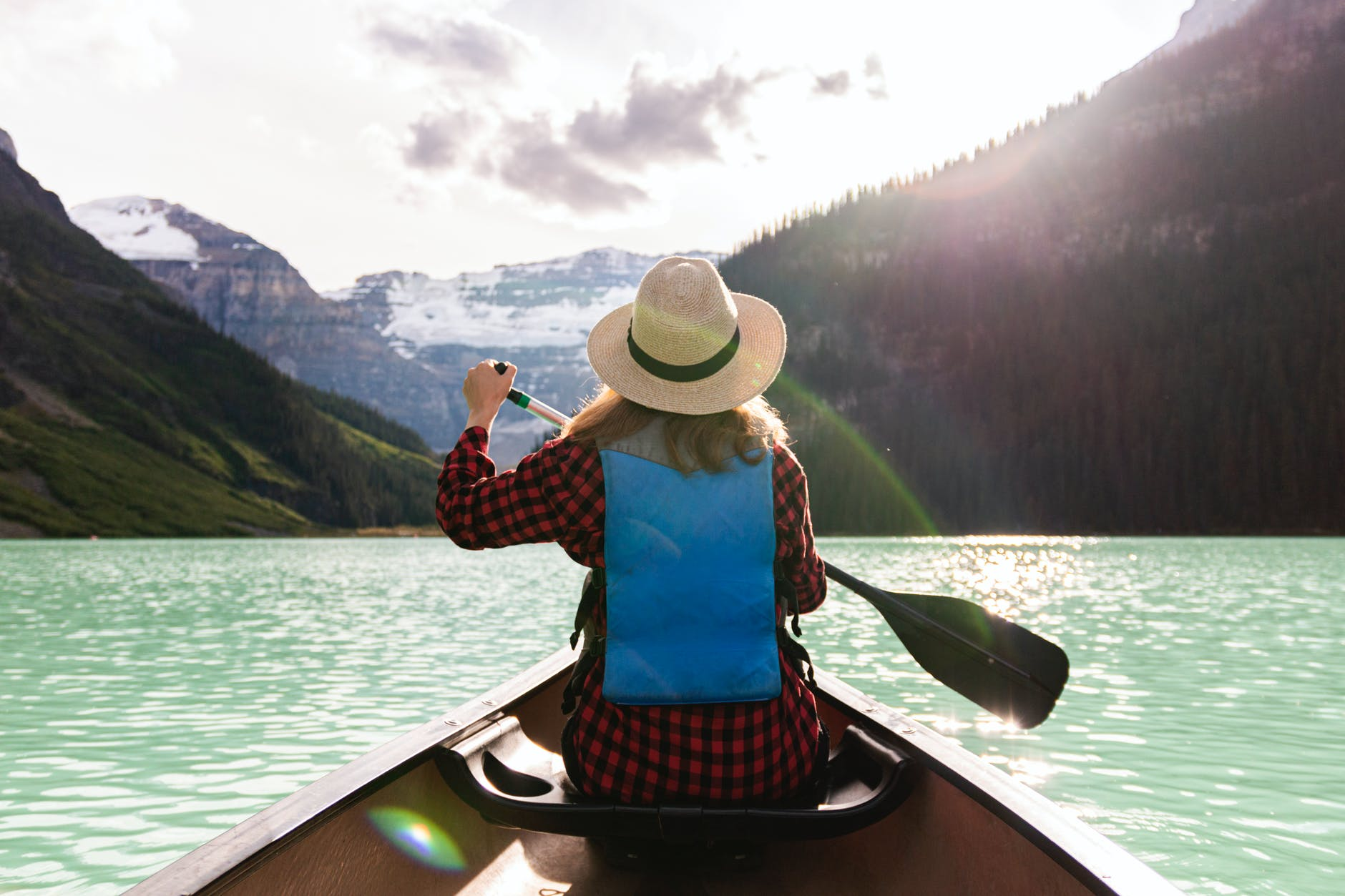 While I am anxious to address the question that is currently on a lot of people’s minds, the answer, as is often the case, may make more sense with a bit of background information. So, please bear with me and read on, as I do my best to help make sense of what has become a very hot topic.

A few weeks ago, I took my family to the Sierra Nevada Mountains to visit a youth camp situated on a beautiful lake. We spent the week kayaking, canoeing, paddle boarding, hiking, and rock climbing. It was a great adventure.

On one afternoon, we  paddled canoes to the upper reservoir dam and camped out for the night. The next day we enjoyed canoeing and exploring the upper stretches of the lake. At one point, as I paddled towards the dam, which was discharging a steady stream of water into  the lake, I was fascinated to find that even though the current was flowing away from the dam, my canoe was being pulled towards it.

I’m guessing that an expert in water flow would likely have a simple explanation for why this was happening, but it definitely seemed counterintuitive. The water was rushing into the lake and creating a current… Yet, inexplicably, the objects on top of the current were struggling to follow it. The water on top was visibly flowing one way, but another unseen current was pulling us in a different direction.

Of course, with nothing to do that day but paddle, my mind began to drift toward where we have been this year in the financial markets: seemingly navigating a river with multiple cross currents. Some of them are obvious, like the water rushing from the upper dam into the lake. Some of them are there if you look for them, like the wind that may have made it more difficult to follow the water. Still others are entirely imperceptible, and create outcomes that would potentially require some level of expertise to understand.

2020 was, I’ve read somewhere recently, kind of like looking both ways before crossing the street and then being hit by a submarine. No one knew what was coming! A sharp market decline in March followed by a rapid return and a surprisingly great year in the markets was something no one had expected!

Some aspects however did make sense. For example, it made sense that more people would order from Amazon, and use cloud services to work from home. In addition, companies like Peloton, which weren’t looking all that great before the pandemic, soared as gyms all around the country were shuttered. So, growth companies, particularly those with a tech orientation outperformed the rest of the market.

Later in 2020, as summer turned to fall, growth investments started to give way to value. Value companies often have relatively cheap valuations as compared to their earnings and long-term growth potential. They’re often businesses you know and understand, like Chevron, and Wells Fargo. Value sectors tend to do well in economies that are moving from a recession (even a short lived one) into a recovery phase. This is because as recovery ensues demand increases for energy, supplies and materials. In addition, financials start to improve as lending increases, and interest rates rise. Banks start making money, in part, because all the businesses that work with them are making money.

So we know that markets are generally leading indicators – they’re out in front, waving a flag, attempting to foretell the future, with buyers and sellers both wanting to ensure that the decision they’ve made is complete before valuations catch up and confirm that hopefully they’ve made the right choice!

In the first quarter of 2021 and into May, we continued the trend of value sectors outpacing growth. However, from late May through today, there’s been another shift, with growth reasserting as a leader in the markets. But why?

This is one of those cross current questions that we need some background and expertise to understand.

If our economy is in fact speeding up, we should reasonably expect value investments to continue to gain strength at the expense of growth. Remember however that growth (think tech) valuations got really high throughout 2020, and as those valuations increased, it is reasonable for some investors to wonder whether the investment is actually worth as much as it’s trading for. Subsequently, there were sell-offs here and there in those stocks that just weren’t demonstrating earnings that warranted the price. The ensuing swing back and forth in preferences, can make one consider exactly where investor expectations lie. Is this just a matter of profit taking, or does this swing mean that the economy may not grow as quickly as we were thinking it might?

Let’s look at another consideration by way of a comparison of large cap stock performance against small caps. Small caps, another sector that performs well as economies fight their way out of recession, did very well right up until about mid-March of this year. But since that point, large cap stocks started outperforming the small.

This is yet another cross current that has us pause and ask: What does that say about the pace of recovery in our economy?

Let’s take another perspective with a look at stocks vs- bonds. Here, we see a bit of a roller coaster over the past 12 months. Typically, in an accelerating economy, stocks rise to the top. As the brakes start to slow in a decelerating economy, bonds start to do better than stocks. Since May, we’ve seen this relationship grind sideways, with longer-term bonds performing better since early June. This would seem to be entirely counterintuitive.
If inflation is in fact increasing, with interest rates following on an upward climb, why would bond prices be increasing as well?

Why and What’s Next…

It is possible that some of the run up in the markets was fuelled by expectations that the federal government was going to spend a great deal more on infrastructure than they had during those first six months of the year. General stimulus spending has definitely been quite significant but there hadn’t been a large outlay on roads and other foundational building. Perhaps investor expectations simply weren’t met, and that meant engagement was reduced as well.

It is also possible that the momentum around our economic reopening has simply reached its peak, and it is now starting to find a pace. This doesn’t mean that it’s going backwards or even slowing considerably, but that the speed of that momentum has simply started to reduce.

Notably, earnings really haven’t recovered yet in most businesses. A great example of this is cruise lines, which have yet to even set sail. Despite that, they’ve still managed to recover a good portion of their pre-pandemic price levels. Carnival Cruise Line, with a pre-pandemic price of around $50 per share, dropped down to $7.90 and by May of this year, has already come back to $30. While this is still below $50 per share, the reality is that Carnival is not yet fully operational – and earnings are not even close to where they were.

Airlines are in a similar position. Southwest lost about ⅔ of their share price in the pandemic, but by the end of April had actually recovered all of it. Since then new records have been hit. However, flying has yet to return to pre pandemic levels.

As we start to hear news reports about economic recovery, you have to wonder exactly how much of that recovery has already been priced into the market. True, we have seen some inflation, as compared to the same time in 2020. However, given that 2020 was a massive economic shut down, would it not make sense to see prices going up?

Markets don’t appear to buy into the idea that this inflation will be sustained. Perhaps some prices are on the upswing, but there have also been real tech-lead deflationary pressures. Technology, for example, has made things like delivery services cheaper than ever before. While it may not be great for my waistline, it’s never been easier, or less expensive to have a fresh calzone delivered to my front door!

In addition, though the subject of increased government debt has been batted around endlessly, we’ve still not seen the demand for higher taxes we’ve all been on high alert over. Why? Interest rates have remained very low. Servicing costs are so reasonable that current revenues have been more than enough to cover any increase in the cost of borrowing.

Bottom line? The weight of evidence is still, we think, in the court of moderate inflation. In addition, the outlook is still favorable for stocks. There may be some short term complacency which could lend itself to some type of sell off, but we would expect these, when they do occur, to be limited in nature – giving people who have been building cash on the sidelines an opportunity to put that money to work.